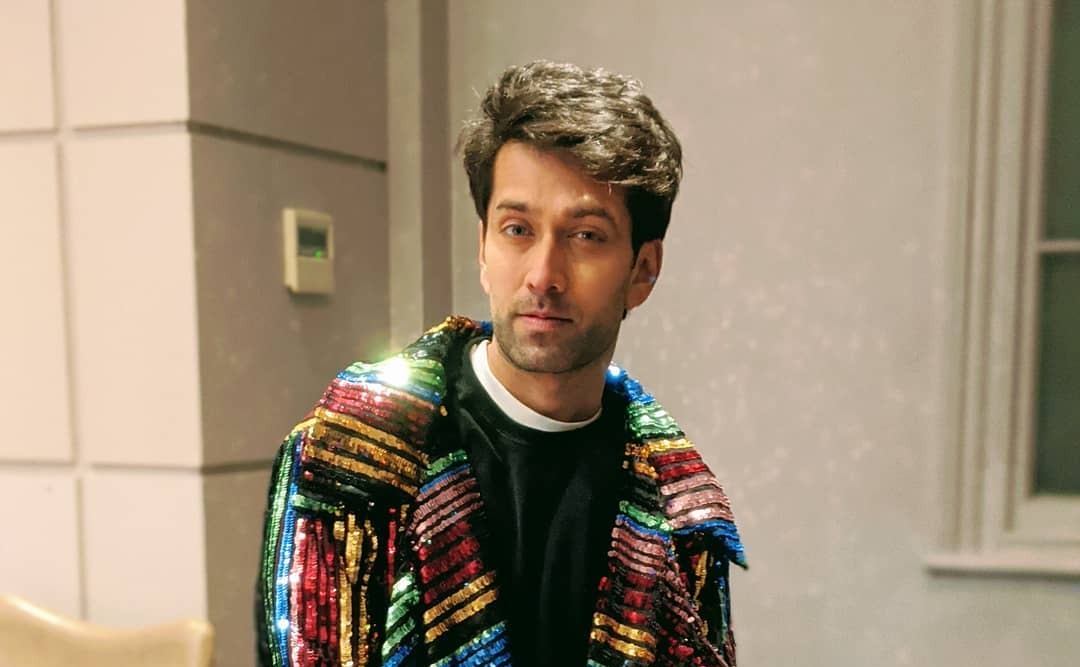 About two years ago, the Pyaar Ka Dard series for the first time aired on ANTV. This is one of the most awaited Indian series by Indian series lovers in Indonesia because it is starring well-known and handsome senior actor, Nakuul Mehta, who has beautiful eyes.

Beside of his beautiful warm eye colour, I also amazed by his background. Nakuul is a descendant of King Prithviraj Chauhan of the Rajput Chauhan dynasty, Ajmer, who ruled much of the Rajasthan region, 800 years ago. In addition, the story told by this series successfully making me carried away into some sort of feelings.

I watched the first few episodes and could immediately feel Nakuul’s charms. I was so happy when I uploaded footage of this series on my Instagram stories and tag the Nakuul’s Instagram account. I was so surprised when Nakuul replied my Instagram story post, I wasn’t so sure that it was him but yes, the reply was from the real Nakuul Mehta, the actor who has 1.6 million followers on Instagram. His reply was simple but it was so meaningful for me.

He replied, “Thank you Vallesca! Would you please watch my new series and let me know your opinions about it?” A very simple message, right? Although that was simple, I felt so lucky. Since then, I always hope to meet him in person and to be able to interview him.

Time has passed, until earlier of this month, I heard the very good news that ANTV had succeeded in bringing Nakuul Mehta to Jakarta. I immediately contact him to make an appointment. May 15, 2019, was the day I meet him. I have interviewed dozens of Indian actors who mostly have perfect figures but Nakuul Mehta was the exception, he’s 175 cm tall with a very slender body, not as muscular as most of the Indian actors I met before, yet his charm was exceptional. His eyes were very beautiful. Nakuul said, “Many people often ask me if I’m using a contact lens? In fact, this is my real eye-colour.” He pointed to his eyes while continuing the sentence, “Look at my eyes, this is real, you know. You can touch it if you want,” said Nakuul… of course I will never touch his eyes.

He has a classy and smart sense of humour. Honestly, I tried to hold back my nervousness, even though he was so friendly and relaxed but for the first time, I was so nervous! I was carried away in the way of his speaking and the contents of our conversation. Until I forget that I was the one who interviewed him and I should be the one who has controlled the direction of the conversation, not the way around. He is very smart! Then came the most unexpected moment, when I asked him, what is the meaning of the title of his newest series, Ishqbaaaz? “It’s literally translated to a strong love like an eagle. In an essence, here I am the answer from every couple who has a love problem. By the way, do you have a love problem? Or is there a love story that you want to tell me? I can help.” Said Nakuul Mehta to me. That question is asked in the middle of the interview session when the camera is still on. I should have avoided it.

Well, I did try to avoid it. But he assured me that he wanted to help me. I was enchanted. Suddenly words just said. “Hmm… I’m actually close, actually, with someone,” I said sheepishly. “That’s good!” Nakuul said. “But, the problem is…” I said again. “What is the problem?” Asked Nakuul. “The problem is, he is younger than me!” “I see… how many years is he younger than you?” Nakuul asked again. “10 years younger,” I said. I

Nakuul responded very positively, so openly, with his sense of humour. “Well, I think that’s good. So that, when you will grow old, let’s say, you are in your 50s. He is still young and strong. He can bring your groceries, your belongings. If you really want to be with him, I think that’s a good decision. Smart choice,” said Nakuul.

Oh my God! This interview has turned into a consultation session, huh? With Nakuul Mehta as a love expert. At that moment I laughed in front of him. “You are really funny, Nakuul. You are funny,” I said. How could I talk about my personal matter with the guest speaker? I think because I was truly enchanted by his charm.

“Nakuul, why do I share my secrets with you?” I asked.

He just smiled broadly. “I also share my secrets with you, really,” said Nakuul

“What’s your secret?” I asked back.

“I married a woman who was 2 years younger than me,” he said.

Ah! That is no secret. This information is available in every Indian entertainment portals. And it feels normal if the female partner is younger than the male. Nakuul… you are one in a million. Got a chance to interview you is a valuable memory

Profil Yoo In Soo: Bintang Drakor All of Us Are Dead dan Alchemy of Souls